Heritage Festival a chance to celebrate our past

Dip into history and find out more about a range of cultures at the upcoming Christchurch Heritage Festival.

This year’s celebration starts on Saturday 24 October with more than 50 events and activities that invite people to explore Christchurch and Banks Peninsula’s past and gain a better understanding of its present.

Open days, walking tours, workshops, talks, exhibitions and cultural performances are some of what’s on the programmeuntil the festival wraps up on Sunday 8 November.

The theme for the Christchurch Heritage Festival 2020 is Encounter our Stories – arts, culture and identity. Christchurch City Council Head of Urban Design, Regeneration and Heritage Carolyn Ingles says several events highlight the diverse cultures that contribute to the identity of the city and Banks Peninsula. 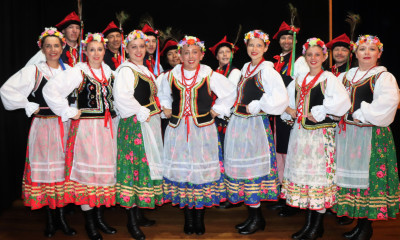 The Polish Folk Day will feature traditional dancing and music.

“The Super 15 Kapahaka Competition for 2020 is being held during the festival and it’s an amazing opportunity to enjoy and share Māori culture at the Isaac Theatre Royal on November 6.

“The screening of Overcoming Fate on 3 November tells the story of orphaned Polish children invited to come to New Zealand in 1944. They became known as the Pahiatua Children, and the Polish community in Christchurch is part of their legacy.”

One of the anniversaries marked during the festival is 150 years since the opening of the Canterbury Museum on Rolleston Avenue.

The Air Force Museum of New Zealand is showing a new photographic exhibition called Victory commemorating 75 years since the end of World War II in Europe and the Pacific.

The 25-year milestone since the Christchurch Tram started running in the central city will be celebrated on Labour Day, 26 October, with adult tickets  discounted 25 per cent (children will ride free) and giveaways.

A Lyttelton Library display called Sifting the Ashes will run at the library from 20 October to 14 November, to remember 150 years since the Great Fire of Lyttelton on October 24, 1870.

Other festival events include: